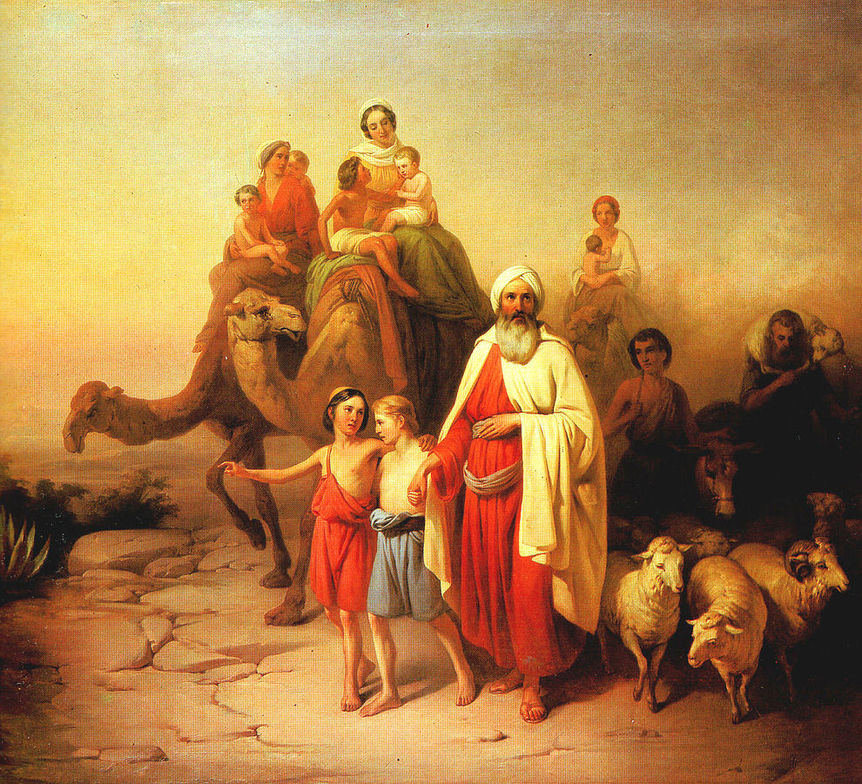 This Sunday's lesson spoke about the many promises that God made to Abram that were part and parcel of his call. One promise I found particularly interesting. God says to Abram:

"I will bless those who bless you,
and whoever curses you I will curse;
and all peoples on earth
will be blessed through you." Genesis 12:3 NIV

When I was preparing this sermon I was tempted to 'interpret' this verse as suggesting that Abram would be blessing his neighbors by various acts of kindness. And that we could act like Abram and do the same thing too.

But this is not what the verse is saying, and it is not what we see in the ongoing story of Abram's life. Abram did show kindness, in particular to his nephew. Abraham offered Lot first choice of the land, rescued Lot when Lot was taken captive, and then pled for Lot's city when God was planning to destroy it. Yet Abram deceived both Pharoah and Abimelek, letting them both think Sarai was his sister. This brought God's judgement down on Pharoah and Abimelek's households--disease and closed wombs.

Abram wasn't just to either of these men. And yet God's promises of blessings and curses proved true. Those who treated Abram well were shown favor. Those who mistreated him (even if Abram tricked them) were cursed.

It would seem after all that Abram's call, wasn't first and foremost a call to be a 'do-gooder'. Abram's call was to obey God and to go to the land God was going to show him. The blessing that others would experience in relation to Abram, were blessings that would flow from God's hands.

Sometimes I think we have been convinced that our main task as Christians is to be nice and kind to others. While Scripture commends kindness and goodness (among the other fruit of the Spirit) the story of Abram would suggest that our primary calling is to obey God.

I wonder if focused more energy on being God's obedient people, and didn't worry so much about being 'good' people, that God's good plans and purposes would be advanced further. Could it be that others are blessed more by our obedience, than by our various attempts to do them good?

Dave Gulley over 2 years ago

"I would agree that main take away from your blog and perhaps your sermon is that our primary calling is to obey God. Jesus implied that our calling is to love God. When asked Jesus said that the most important law was the Shema. That is "Hear O Israel the Lord our God the Lord is one. Love the Lord your with all your heart and with all your soul and with all your mind and with all your strength. The second is this Love your neighbor as your self." This love is for me the real essence of the triune god. We must enter into relationship with our God. Everything flows from this. We are challenged no to obey God but to draw everything from God in a relationship of love. It is then and only then that we really than the strength to love people,

Steve Filyk over 2 years ago

Thanks for the comment Dave. When Jesus summarizes the 613 commandments of the law he notes that a love of/devotion to God is the top priority and then adds the second priority to love our neighbours. I agree with you that the sequence is important: that our love for each other flows out of our love for God. And yet for too many Christians our primary calling is simply to love each other. In this ways the Christian faith is reduced to Christian ethics. But Christian ethics are only possible when God is kept at the centre!