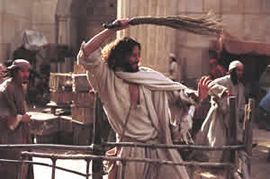 In today's opening illustration I described a Praise & Worship Service that was once very popular among Christian youth in Edmonton. While it packed in the pews, I questioned whether it had reached its purported goals. You see, I for one didn't go there for worship but for friendship...

We can all image a church that is oriented to its own long-serving members. We can imagine a service that meets the needs of a niche group, and has no interest of drawing others into the worship of God.

I remember a conversation I had with another military Padre who was converted as a young adult (his grandma had taken him to the Presbyterian church in his childhood). He was a well-educated bright younger minister who had written a Master's thesis on the topic of worship. I explained to him that I saw the Presbyterian church and its 'traditional' worship format operating in a niche market. We rock it old-school. We appeal to peoples' mind. We are serving a select group of people whose spiritual needs aren't met elsewhere.

Do you know what his response was?

He said that he was committed to the idea that the Gospel was for everyone.

Many people associate organ music with worship. During my seminary education I read about the 'organ wars' in Montreal. During the late 1800s (some of this information is foggy) people in Presbyterian churches didn't sing hymns to accompaniment but sang psalms let by a cantor. At some point churches started adopting the organ as accompaniment, but this move was hotly contested. The organ was seen as a secular instrument as a result of its association with the silent films. The tipping point, as I remember, was when the church started losing it's youth to the Anglicans. The desire to re-engage their own children provoked them to change.

So how is God calling us to worship at St. Andrew's? What traditions do we need to maintain to allow our worship to be God-honoring? What new forms need to be embraced so that the Gospel can be seen and understood by everyone?

Adam about 3 years ago