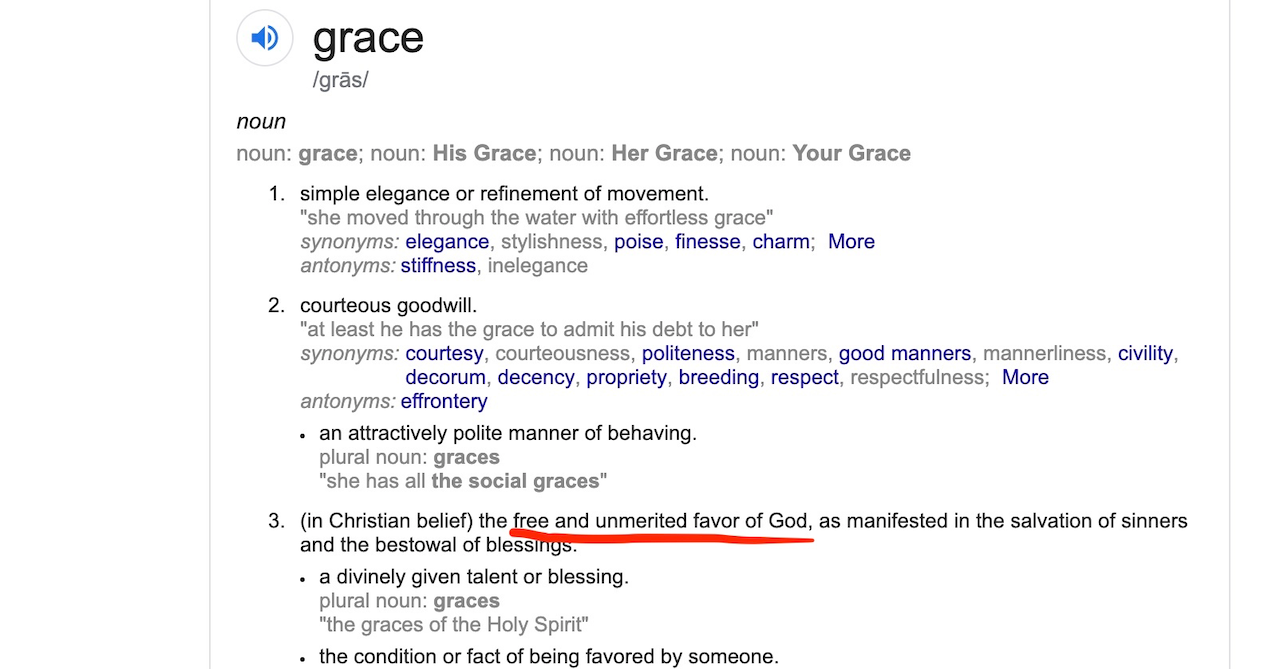 My new favourite television show is a series on Netflix called "The Good Place."

The Good Place is a town where those who have been good throughout their lives go after they have died (or so it first seems). When Eleanor arrives at the Good Place, she realizes she has landed there by accident and seeks help from a new friend to earn that spot she has taken.

The premise of the show as it takes its various twists and turns is that we all get what we deserve. If during our time on earth we have been selfless and kind, the universe rewards us with eternal bliss. If we have been mean and selfish, we will be tortured forever.

The series is a comedy, but I think it expresses what is commonly believed about the afterlife: your position is earned. This idea persists even in churches that proclaim Sola Gratia (by grace alone). On more than one occasion when I have thanked a friend for their helpfulness, that friend has mentioned that they are "taking the freight elevator straight to the top!". It's just a joke but many a true word is spoken in jest...

So why do we believe in such a system when our own very faith denies it?

I think there are at least two reasons for this. First of all, we tend to be generous with ourselves. We think that if our soul is weighed and that all our good and bad is accounted, we will end up on the positive side of the ledger. At the same time when we look at others, the idea of just deserts is somehow very appealing. We want the guilty to be punished.

We overestimate our own goodness even while we delight in others being judged.

But the Bible won't let us maintain this delusion. It warns us that despite our best behaviour we fall short of God's standard: "All have sinned and fall short of the glory of God...".

Thankfully the same passage that would condemn us proclaims the Good News to us: "All have sinned and fall short of the glory of God, and all are justified freely by his grace through the redemption that came by Christ Jesus." (Romans 3:23-24 NIV).

In the Church, we don't talk about earning our place. In the Church, we talk about grace, the unmerited favour of our God. It is by grace that we have been saved. And the lived experience of this saving grace, demands that graciousness takes root in us.