We would love for you to join us! Click here to plan your visit.
Live service in progress...
Watch Now

Will you support the rehabilitation of the cemetery/park next to the church? 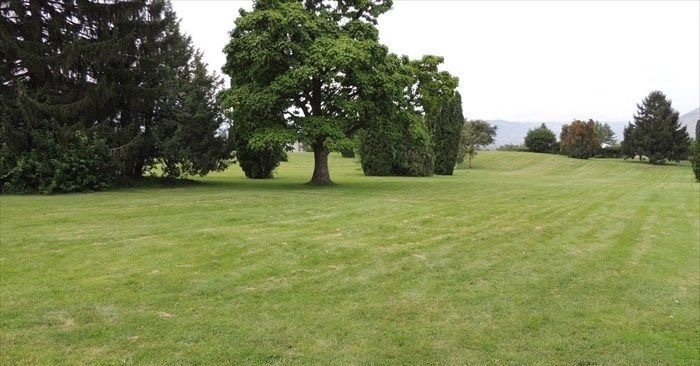 Next to the church is a dormant cemetery/park known as the "Old Mens Provincial Cemetery". Few headstones are visible but the remains of 1,084 pioneers can be found here. When the present St. Andrew's church building was erected 20 graves were disinterred and moved within the present-day chain-link fence.

The Sagebrush Neighborhood Association (SNA) has partnered with the city if rehabilitating this space. In a multi-year project, the field will be turned into an arboretum with trees representing the provinces and territories from which these pioneers came. For its part, the SNA has plans to install fine wrought iron gates with a gold miner motif.

Over the years St. Andrew's has taken advantage of this space for various Sunday School and youth activities. The YMCA after-school care that we host uses it regularly in their programming.

The Session of St. Andrew's considers this a worthy church project and invites you to consider supporting this project of neighborhood beautification. The neighbourhood association is committed to raising $8000 for the gates.

If you wish to contribute please send a check or e-transfer to the church ([email protected]) and note 'cemetery gates' on the envelope or email to our treasurer. The money will be forwarded to the association and you will receive a tax-deductible receipt.

You can read more about the proposed work in the cemetery by reading this article in Kamloops this Week. You can also read the short history below:

Old Men's Cemetery, a Lively Account of its History.

What, the reader might ask, would a long-ago death in a Victoria police cell possibly have to do with a
remarkable Kamloops landmark? In 1879, strollers found a desperately feeble man collapsed on the street.
The police carried him to the city jail, but he died before long. That was William Williams, described as
elderly and infirm. Williams, hailing from Baltimore, USA, worked as a miner in the Cariboo after his
arrival in 1858. In declining health, he depended on charity to live out his days. At the inquest, the
coroner "deplored the fact that there was no public facility to take care of the indigent sick." This tragedy
became one of the reasons for the creation of the home of 'last resort' in Kamloops.

By coincidence, another poor man, also known as Williams, this one Alexander Williams, died at the
Kamloops Old Man's Home on March 24, 1904. His remains lie in the dormant city cemetery on 6th
Avenue, along with 1,083 others, representing all that remains of the landmark institution that once stood
where Ponderosa Lodge now is. Having come to B.C., Alexander, also a native of Baltimore, pre-empted
land near Vancouver and started a farm. After signing a petition to create Langley, he became one of the
founding fathers of that city. The record shows that another petitioner was one William Williams, but
there is no evidence that this was the earlier Williams.

British Columbia at the end of the 18th century, and through the first half of the next, had a large
population of "Lonesome Prospectors." In 1901, overall, there were 177 men to 100 women in B.C. For
many of the single men there was no retirement. In those days, government pensions did not exist. The
old-timers found what work they could, lived in rough shacks, and hung on until they became desperately
old or sick. "Poverty and ill heath rather than freedom and independence marked the lives of elderly
lonesome prospectors." Without family, and owning little, many lived out their days as best they could.
In 1893, the provincial government passed an act to establish a provincial home for the aged and infirm.
Just two years later, in September of 1895, the home opened in Kamloops. This striking edifice, for
decades after called the Provincial Old Men's Home or, sometimes, the Old Man's Home graced
Columbia Street. There was a steady stream of old fellows. By 1922, the need of course arose for a nearby
cemetery, so that was built on the once Ussher family farm, along 6th avenue just below the present St.
Andrews church.

The home closed in 1974. A notable superintendent during its tenure was Hugh McLean who with his
wife Marcella managed the place until he died in 1922. There were 65 beds on opening day. All the
furnishings cost the grand sum of $3,423 ($105,032 in today's dollars). There were some concessions to
the free spirits within. Inmates could go on leaves. Many did, working in orchards or taking to the bush
for a spell. While in care, they had to abide by strict rules, although one historian commented that they
were often unconventional in an extremely conservative era. Accordingly, they all agreed to "to keep up
the respectability and tone of the establishment." One smiles at the thought.

A particularly poignant story in Maclean's Magazine of November 1, 1922 describes one such grizzled
prospector. John Likely (Likely, B.C. is named after him), toiled, without much result, in the Cariboo
gold fields until his failing health caused chums to urge him to, "Give it up Plato". Likely went by the
nickname of Plato, because of his propensity to philosophize. His castle of gold remained a dream.

Heading for the Old Man's Home, he stopped by a blacksmiths in 150 Mile. While waiting on repairs, he
shared his earnest theories about gold deposits along Cedar Creek (at the mouth of the Quesnel River near
Likely). The blacksmith, Johnny Lynes, delayed by work demands, some two years later joined partner
Bert Platt to check out Likely's theories. Their first day panning saw them show two dollars worth of
gold for every pan worked. They had struck pay dirt. The Cedar Creek gold rush ensued. By 1945, Cedar
Creek has produced over 150,000 ounces of gold. Old Plato might have consoled himself by reading more
philosophy in his fading years.

These days, few people notice the old cemetery. Under its verdant, undulating surface lie the remains of
men from thirty-two countries and ten provinces. It is a lovely place. Moved by the poignancy of this
story, and glad of this outstanding heritage, the Sagebrush Neighbourhood Association proposed, in the
spring of last year, that the city create a memorial arboretum by planting trees representing some of the
nations these pioneers came from. Thankfully, the city is enthused with the idea and planning is
underway. The association, for its part, is providing a set of magnificent, wrought iron gates. A renowned
Falkland based blacksmith is forging them over this summer. They will replace the existing, somewhat
derelict, galvanized gates. The hope is to install them, supported by graceful columns, early next year in
time for the 100th anniversary of this remarkable, hallowed ground.

The Sagebrush Neighbourhood Association has recently been encouraged by a very generous grant of
$1,000 from the Colombo Lodge. The neighbourhood association intends to launch a fundraising drive in
September, hoping to raise some $5,000, to match the $ 5,000 committed from their own savings. If you
or your organization wants to assist, please visit the Facebook site, contact the association at
([email protected]) or speak with board member Frank Dwyer at telephone 250-374-5477
Frank Dwyer is an amateur historian and secretary of the Sagebrush Neighbourhood Association.